An extremely sophisticated, high-performance yacht deserves the very best stabilization system.  After its first successful Seakeeper installation, boatbuilder Rodriguez Group knew the gyros would be a must on future projects.  Most recently, three M21000 gyros were installed on Elsea, a new Italyachts 43m. 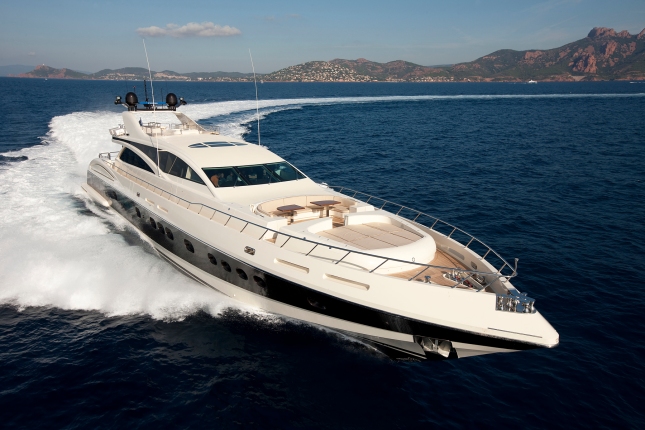 Half fly, half-hardtop, Elsea is representative of a new yacht class, Sportfly.  And fly she does, with a cruising speed of 30 knots and top speed of 35 knots.  Stabilization while underway is key for such a fast vessel.  Whether cruising through the seas or at anchor, Seakeeper’s gyros level the boat for a smooth ride.  After sea trials in Viareggio, Italy and St. Tropez, France, the gyros achieved greater than 75% resonant roll reduction.

From previous experience, Elsea‘s captain, Jonathan Stone, is quite enthusiastic about Seakeeper.  “The gyros work well at reducing roll at speed, at anchor and in port in Monaco. The owner is very happy with the result, and we are looking at installing Seakeepers on other vessels he owns.

“They offer better performance than the classic zero-speed fin.  For a high-speed yacht it’s crucial not to have obstructions in the water and guests feel more comfortable swimming around the vessel.

“In contrast to fins, gyros don’t produce a jerky movement, installation is easier, they don’t occupy as much space and are almost

plug-and-play.  In addition, silence at anchor is a huge factor for me.  The gyros themselves are silent,” said Stone.  “This is fantastic when guests are on the swim platform.”

Capt. Stone further explained why gyros are preferred on yachts like Elsea.  “Comfort is a top priority, along with the ability of the crew to carry out their duties,” he said.  “We were at anchor for several days in Portisco, Sardinia, an area famous for being buzzed by other large craft.  The gyros worked so well I was never asked if the stabilizers were on.

“We received Seakeeper’s full support from design to commissioning,” said Myriam Religieux, Rodriguez Group marketing assistant.  With only a compact space to work with at about 50″ L x 55″ W x 36″ H, “the three gyros perfectly matched the technical space available on the aft side of the boat.” 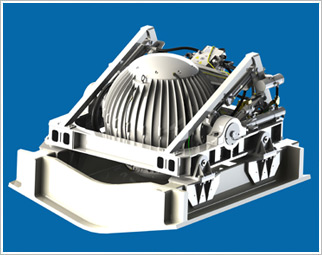 Designed for larger yachts, the M21000 draws only 3kW.  A forged, high-strength steel flywheel spins at 4,000 rpm in a near vacuum, generating an impressive 21,000 Newton meter seconds of angular momentum. Spool-up time to stabilization is a quick 30 minutes.

Posted by captken on December 6, 2011 in Uncategorized

One response to “Products”