Azimut Yachts presented the Azimut 60 to the world for the first time at the 2011 Genoa Boat Show in Italy earlier this year. Many in the yachting industry believe she represents the natural evolution of the 2007 launched Azimut 58 Motoryacht. 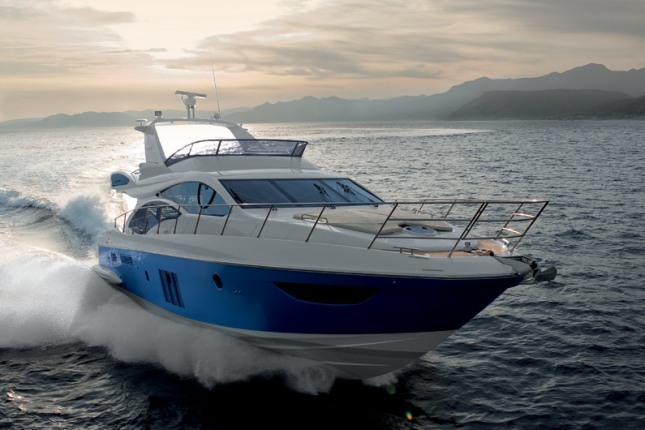 Based on the same hull lines of the 58, Azimut presents a new model with the 60 which follows patterns as seen on the 64 launched in 2010.  That is similar flybridge profile windows, and design patterns.  The Azimut 60 also improves in many areas of its layout from the full-beam Master Stateroom now with breakfast dining table as first shown in the now stop produced 68S in 2003, to a 2-berth crew cabin located aft. Note: The Azimut 58 only featured a single crew berth option. 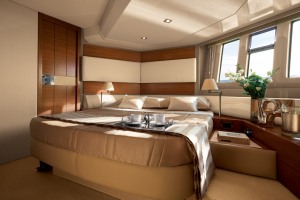 A first in this size comes in the crew cabin, with a bathing platform entrance door being a unique feature in a motoryacht of just 18-meters.  If the crew cabin is located aft this is usually found in a hatch of the aft deck.  Other improvements if you compare this model to the 58 come from the bathing platform now being 40% more spacious, as is the increased size of the flybridge C-shaped settee, and L-shaped wet bar galley. For the rest this model holds the pressure of following the success of the 2000 launched 55 which in a 9-year production run has delivered over 400 units.

Posted by captken on December 21, 2011 in Uncategorized