The second hull from this noted builder is sure to create as much excitement in this sector of the industry as did her 2012 sistership.

When the magnificent 164’/50m La Pellegrina by Couach Yachts was launched in 2012, she was the first hull in the prestigious builder’s 5000 Fly Series of megayachts noted for having cruising speeds of 25 knots, composite hulls reinforced with full Kevlar, GRP superstructures, and fully complied with MCA standards, Bureau Veritas Classification, and Maltese Commercial flag. 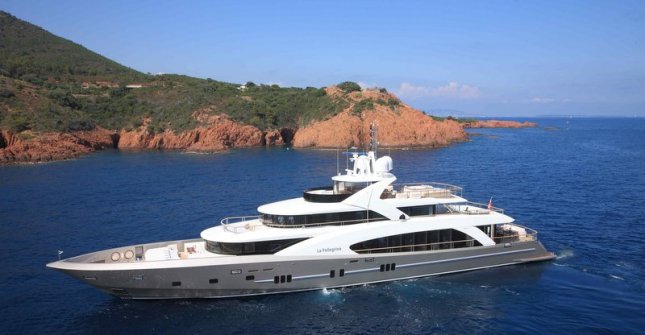 La Pelegrina was the first launch from Couach Yachts in its 5000 Fly Series of performance megayachts.

And now, Hull #2 has been launched. While every Couach yacht is the result of the close association between owner and builder, each has its own distinct personality as per that relationship. On this particular project a special request was made to extend the upper deck so as to have additional space for a dining area accommodating 14 guests as well as extending the bridge canopy in order to create a 100 square meter private area on the flybridge. Couach engineers were successful in making the new arrangements without compromising the vessel concept nor affecting any of the complicated ships systems, balance, and performance. The interiors were created by Couach and Metrica Interiors. 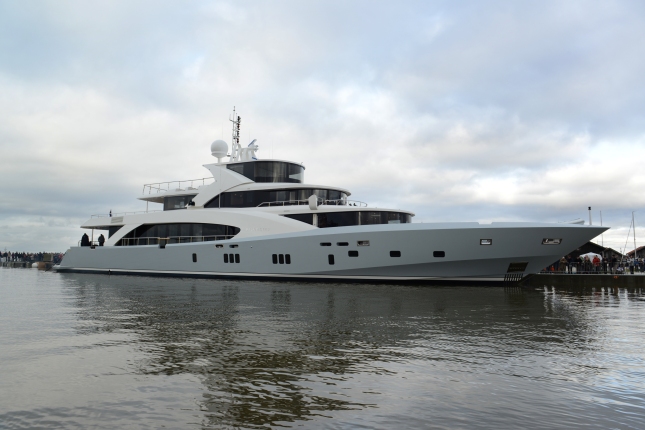 Hull #2 shows off her outstanding profile as she awaits her finishing touches before being delivered to her proud new owners.

Another area where Couach and the owner were also successful in achieving a satisfactory result was in the area of acoustic performance with a remarkable and significant reduction of noise and vibration levels. This is the result of advanced acoustic studies and researches developed specifically on this vessel by Couach, setting up higher specific data, relative to the boat speed and sea conditions, than those regularly on demand. Accomplishing these standard required a complete change in mounting methods and a review of some building processes. And the result? According to the company, extremely quiet living spaces. 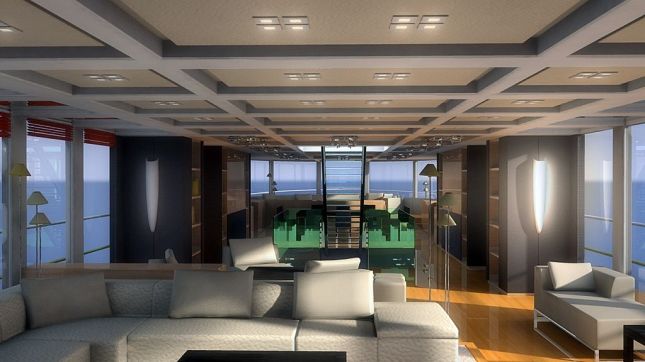 Spectacular falls quite short in describing the interior space of the 5000 Fly Series. 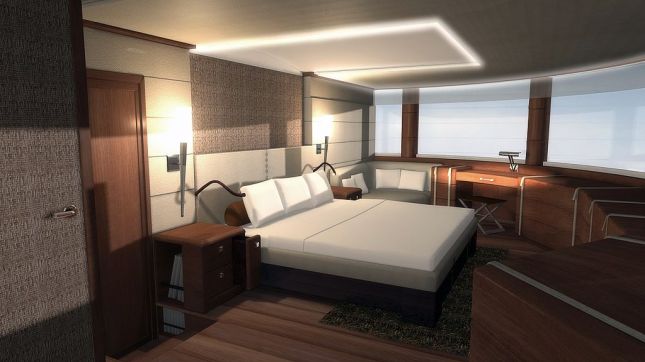 Limited only by imagination, this is just one example of a stateroom as interpreted by Couach aboard a 5000 Fly Series yacht. 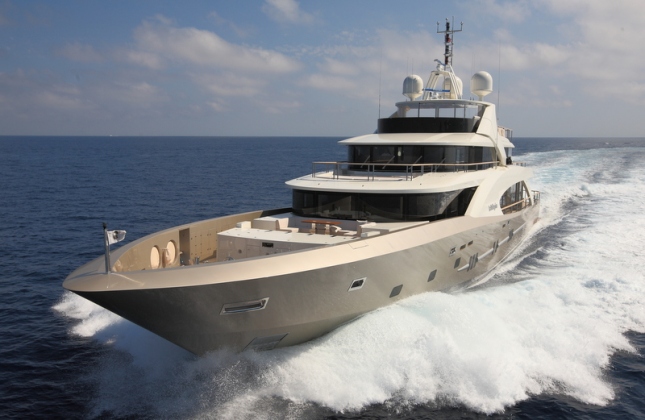 For more information on Couach Yachts 5000 Fly Series, or any of the other fine designs from this outstanding builder, visit the company Website at http://www.couach.com

Posted by captken on March 3, 2014 in Yacht Spotting And New Launches